We pride ourselves on our strong team of experienced, dedicated and caring staff. At New Way Lawyers, our specialist estate and family lawyers are all committed to providing the best possible service to our clients. Get to know a little about us below or feel free to give us a call to chat to one of our friendly staff members.

Call us on (07) 3548 5868 today to arrange your complimentary chat. If we are not immediately available, we will get back to you within 48 hours. 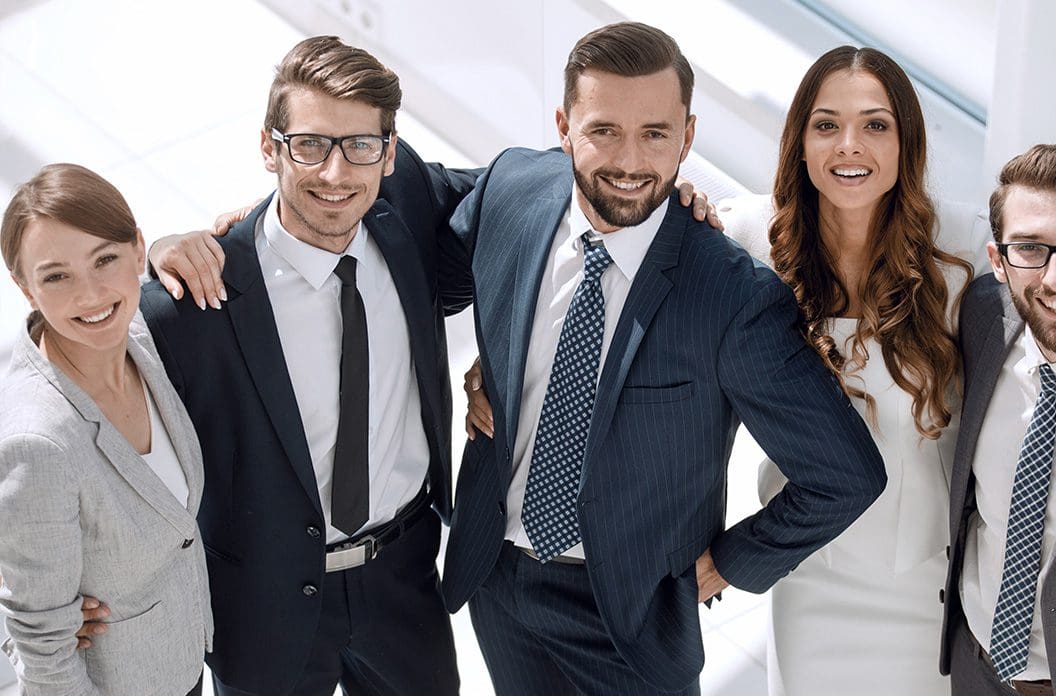 Carolyn grew up on a farm in central west NSW and most Sunday afternoons were spent with her family checking the sheep in the paddocks. She enjoyed helping out and watching the sheep, marvelling at how one or two would break away from the pack and take a different path to the rest of the herd. Her mum and dad would tell her to go and bring back the rogue sheep. She always did as she was told but secretly she cheered on the rebel sheep and admired their tenacity.

At the age of 17, Carolyn packed her bags and moved to the city to study law. After graduating, she accepted a job at a law firm, like most of her peers, and settled into her new career. She quickly became frustrated and disillusioned with the legal system, confronted by the fact that so many people weren’t eligible for Legal Aid but then couldn’t afford the alternative of paying the high fees charged by law firms. Carolyn was determined to find a way to help and change the system. After much research Carolyn began to envisage the concept of a ‘non profit law firm’, and in 2009, in true reminiscent style of a breakaway sheep, Carolyn took the ground breaking step of establishing Australia’s first non profit law firm, New Way Lawyers.

Carolyn’s skill set is perfectly suited to her role as CEO of Australia’s first non profit law firm. She holds a Bachelor of Laws and a Graduate Diploma in Legal Practice. She is admitted to Practice in the High Court of Australia, the Supreme Court of Queensland and the Supreme Court of New South Wales. Carolyn also holds a Bachelor of Commerce and a Masters in Human Services, specialising in the management of non profit organisations.

Carolyn has been publicly recognised and awarded for her work in establishing New Way Lawyers. In 2012 she was a finalist in the Queensland Telstra Business Women’s Awards being nominated for the Community and Government, Innovation and Young Business Women’s categories and she was the winner of the Community and Government Award. She is a recognised voice in the legal and community sectors and she regularly speaks at conferences and events. She is also a regular columnist in the Seniors Newspaper.

Although modest about her achievements, when asked about her work with New Way Lawyers Carolyn often refers to the famous stanza of the Road Not Taken poem by Robert Frost. I shall be telling this with sigh, somewhere ages and ages hence, two roads diverged in a wood, and I, I took one less travelled by, and that has made all the difference. Carolyn shares that her deepest desire is that her divergent career path on the road less taken will make a difference and help families who are facing difficult legal situations who otherwise wouldn’t be able to access legal services.

Jennifer will proudly share with you that she was born and raised “in the bush”. Her family was living in Broken Hill when she was born and she has fond memories of growing up in this country town.

When you meet Jennifer one of the first things she will ask you is “would you like a cup of tea”. Jennifer loves her tea, Irish Breakfast is her favourite, and she prides herself of making a perfectly brewed cup. Having grown up in the bush she is a believer in the philosophy that a lot of problems can be helped by a chat and a cup of tea. Anyone who has seen Jennifer at our Capalaba office will agree that she makes a good cup of tea and she is a good listener.

Jennifer’s approach to resolving complex legal situations extends beyond just having a chat and a cup of tea. She is a highly experienced Lawyer having practiced exclusively in the areas of family law and estate law for the past 8 years. Her experience is backed by formal qualifications of an Associate Degree in Law, a Bachelor of Laws and a Graduate Diploma in Legal Practice and she is admitted to Practice in the High Court of Australia and the Supreme Court of Queensland. Some examples of matters that Jennifer has recently resolved include:

Jennifer is a strong communicator and presenter and she has presented information sessions on various family law and estate law topics to community groups. She has also presented a webinar on technical aspects of estate law to other lawyers within the legal profession.

After finishing his secondary schooling Keith was faced with a difficult choice, to study medicine and become a doctor or to study law and become a lawyer. Keith initially started down the pathway of medicine – he completed a two year period of national service with the Singapore Civil Defence Force as a Medic. However his love for the law won out. Keith will share with you that one of the reasons he ended up choosing to become a lawyer was because he grew up watching his Father enjoy his career as a lawyer, and then a Judge, and he felt inspired to follow the same path.

When you meet Keith you will be impressed by his intellect and technical knowledge of the law but also his caring and supportive manner which no doubt comes from his previous medical training. Keith strong knowledge of the law stems from his study of a Bachelor of Laws through the University of Queensland and a Graduate Diploma in Legal Practice from the Queensland University of Technology. He is admitted to practice in the High Court of Australia and the Supreme Court of Queensland and has specialised in family law and estate law since his admission.

Keith has resolved many difficult and challenging legal matters since being admitted as lawyer, some examples include:

Keith has a gift for languages and is multi-lingual. In addition to English Keith also speaks Mandarin and Teochew.

Coralie loves to dance. She particularly enjoys Latin dance and the bachata and the salsa are her favourites. When Coralie steps onto the dance floor she always brings energy and passion and she shows a perfect blend of confidence, flair and poise.

The qualities that Coralie displays as a dancer also describe her style as a lawyer. Coralie is passionate about being a lawyer and helping people when they have suffered the breakdown of a relationship or experienced the passing of a loved one. Her confidence, flair and poise as a legal practitioner stem from her strong academic knowledge, having completed a Bachelor of Laws at the University of Waikato in New Zealand and being awarded entry to the Golden Key International Honour Society. She was also the recipient of a Prime Minister’s Scholarship which provided her with the opportunity to study at the Shanghai International University.

Coralie is admitted to practice in the Supreme Court of Queensland and the High Court of Australia and is a member of the Queensland Law Society, the Gold Coast Family Law Pathways Network. In addition to practising as a lawyer in Australia Coralie also has previous experience working in the legal industry in New Zealand.

Coralie has a wide range of experience working on challenging family law and estate law matters, and some of her recent successful outcomes include:

Having lived and worked in both Australia and New Zealand Coralie has a unique ability to assist clients where family law matters are across these jurisdictions.

Ryan likes to whistle while he works. Some favourites on his play list are Baby Shark, if he has been listening to this with his daughter, while other times it is That’s Life by Frank Sinatra.

According to the little known version of the folk song called ‘Whistle While You Work’ whistling is a wonderful way to bring joy and happiness to the workplace. ‘When there’s much to do, don’t let it bother you, forget your trouble, try to be, just like the cheerful chickadee, and whistle while you work’. Ryan’s friendly and good natured personality, in addition to his whistling,  always brings such a warmth and care to our Burleigh office in his role as Legal Secretary.

To top it off Ryan’s intellect and growing knowledge adds to the depth of experience within our Burleigh Team. Ryan has completed a Bachelor of Laws from the Southern Cross University and has also completed his Graduate Diploma in Legal Practice through the College of Law. Ryan will shortly be admitted to practice as a Lawyer.

It is fitting that Cassie has this figurine on her desk as she is the resident super hero of our Capalaba office and she actually shares some similar qualities with Groot. In 2013, after completing a Certificate II in Business Administration,  Cassie decided to branch out and start a career in the legal profession. Having now been the Legal Secretary at our Capalaba office for the past five years she is has a particular skill for making anyone that comes to our office feel safe and comfortable.

Cassie’s special skills and powers include her ability to provide strong administrative support, her organisational skills, her friendly manner and her dry sense of humour. Cassie is also a registered Justice of the Peace with the Department of Justice and she regularly helps out providing document witnessing services at our Capalaba Park JP Stand.

In the famous song written by the Cruel Sea some wise words are imparted ‘ Better get a lawyer…Better get a real good one. Your gonna need a good one to get you out of this one’. With Linda you can be sure that you have found a good lawyer, in fact she is a really good one. She is smart, savvy and an unwavering advocate for her clients. She is also incredibly caring and kind. In addition, as a mum of 4 she brings a practical and common sense approach to family law matters.

Linda has the qualifications to back up the claim that she is a really good lawyer. She holds a Law Degree and a Graduate Diploma in Legal Practice from Bond University and she is admitted to practice in the High Court of Australia and the Supreme Court of Queensland. She has practised exclusively in family law since becoming a lawyer and is a member of the Queensland Law Society and the Family Law Practitioners Association.

Some of the matters that Linda has successfully resolved include:

Linda enjoys sharing her wealth of information and experience with other families through our community legal education and information sessions.